Cards «X-press» payment is a means of payment for the services of cellular communication in MTS-Uzbekistan subscribers individuals.

Cards are sold in their own offices of MTS-Uzbekistan, as well as dealers and agents.

Transfer the amount from the card to the account of the subscriber is made by the subscriber after the activation of the card from your cell phone according to the instructions written on the card. The subscriber will be credited the amount in US dollars at the rate of Central Bank of Uzbekistan on the day of activation.


Activate card and you can with a cell phone that is off of receivables, except phones that are disabled for more than 2 consecutive months or contract which terminated.

Activate one card only once.


Activate card is required prior to the date specified on the card itself.


The order of activation:

2. With a cell phone, on account of which payment must be received, send SMS - messages to number 900 containing the serial number (S / N-10 digits) and PIN code (PIN-16 digits), dialed in succession (without spaces), or type the following USSD-command * 101 * serial number and PIN code typed in a row (without the spaces) # call;

3. In the case of positive activation on cellular phone will receive SMS message:


"The request for payment for the phonein processing."


At this point on you do not need, this message confirms that you have not made any mistakes. After a while you'll get a message:


"Your deposit is credited to the$"


N-considered on the US dollar exchange rate set by the Central Bank of Uzbekistan on the date of card activation.


Incorrect set serial number or PIN code comes one of the messages:

a) "cards does not exist. Did you make a mistake while entering "

b) "The card can not be used. This card has been used before or not activated "


In this case, dial and send the message again. Re can straighten not more than 3 times in a row. If you are three times sent a message in error, then start again to activate only after some time. 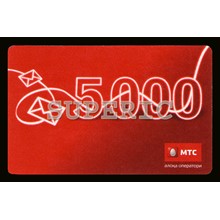 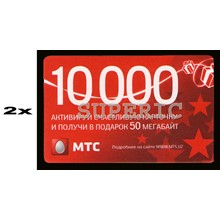 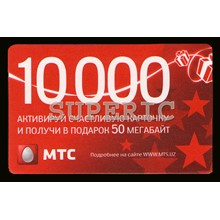 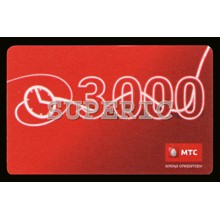