🔴 LICENSE ACTIVATION KEY FROM THE GAME PROTOTYPE 2 WILL BE DISPLAYED IN THE BROWSER WINDOW AND COME TO YOUR E-MAIL AUTOMATICALLY AFTER PAYMENT !!!

The official key from the company "New Disc"

The RADNET Bundle includes 55 unique add-ons that will be available within 7 weeks of release:
• 20 game events;
• 20 friendly competitions;
• 5 exclusive videos about the creation of the game;
• 5 exclusive deadly mutations of the main character;
• 1 unique game award.

Prototype 2 is the sequel to the bestselling open world book developed by Radical Entertainment in 2009. The sequel is no less cruel than the first part, and it will continue the story of the transformation of man into an absolute weapon. You are Sergeant James Heller, your wife and daughter were killed in the first outbreak of the epidemic ... and you are a soldier left to certain death.

Together with the infected Sergeant Heller, the players will pave a bloody path through the city of New York Zero, empty after the epidemic. Possessing an unsurpassed ability to metamorphosis, the fighter will gradually master an impressive arsenal of deadly biological weapons, killing and absorbing enemies on the way to his main goal ... Alex Mercer! Are you ready to finish off your creator?

Features of the game:
- The power of tendrils. Get ready to unleash the destructive power of living weapons on your enemies. James Heller´s incredible tentacles will allow you to lift and break cars and military equipment to pieces, entangle powerful mutated creatures and even tear entire groups of opponents to shreds. Become a demon of war!
- Change your monster. Prototype 2 will provide you with the widest possible character development: you can select and combine deadly mutations, creating your ideal prototype. Rapid movements? Sharper claws? Improved cloaking abilities? The choice is yours!
- Catch-kill-transform. Imagine being able to track a target using the acoustic pulses that your body emits! Sergeant Heller can hunt down and destroy anyone who gets in his way and become his victim.
- Disguise yourself as a soldier, scientist or whoever else, absorbing their memories and acquiring their abilities ... You can´t imagine better!
- Kill the devil. This year, players will learn the continuation of the shocking story of Sergeant James Heller, who will try to destroy the devil in the flesh ... Alex Mercer. Against the backdrop of a dilapidated New York Zero, where various factions are waging a bloody struggle for control of the virus, events unfold, thanks to which Prototype 2 has already earned the laurel of one of the most spectacular games of this year.
- Size matters. By leveraging its proprietary Titanium 2.0 engine, Prototype 2 will change the way players think about what an open world should look like. Witness huge, house-sized, infected monsters tearing down entire streets as your hero maneuvers between hordes of elite Black Watch soldiers! Prototype 2 - Bigger, Faster, More Painful!

This key is distributed by digital distribution. And does not have boxes or disks.

Activation Key Prototype 2:
1. You need to download and install Steam http://steampowered.com/download/SteamInstall.msi (if not already installed)
2. Register new Steam account or log into an existing.
3. Go to the "My Games" and select "Activate via Steam ...", read and agree to the Steam Subscriber Agreement and enter the key received immediately after the payment.
4. After activating the game Prototype 2 appear in the list of games and you can download it from steam. The installation process (download) takes about 15-50 minutes (depending on your internet channel). 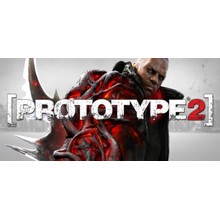 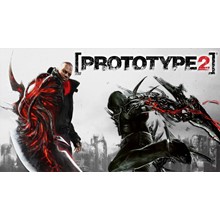 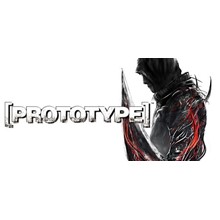 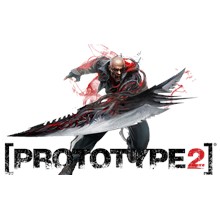 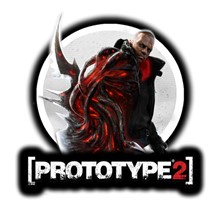 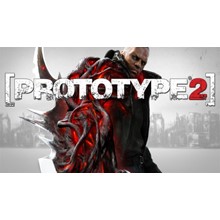 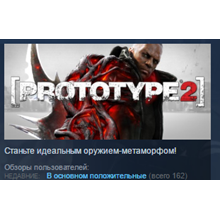