!! INSTANT DELIVERY DIRECTLY AFTER YOU CONFIRMED YOUR PAYMENT !!

After payment of the order, the system will automatically send you (without our participation) instantly
To the mail link for access to the official activation key of the game: Fallout 3: Game of the Year

Attention! Fallout 3 is not optimized for Windows 7 and 10

About the game:
Prepare for the future
With the game Fallout 3: Game of the Year Edition, one of the most famous games of 2008.
Create a character for your taste and immerse yourself in an exciting post-apocalyptic world,
Where every minute there is a struggle for survival. Fallout 3 in the "Game of the Year Edition"
Includes all five official additions:
Operation: Anchorage - Enter the military virtual simulator and fight for liberation
Anchorage from the Chinese communist occupation.
The Pitt - Go to the post-apocalyptic remains of the city of Pittsburgh and get involved in
Conflict between slaves and their masters-raiders.
Broken Steel - Increase your maximum level until the 30th and destroy the remaining forces
Enclave with the robot Liberty Prime.
Point Lookout - Embark on a mysterious adventure in a huge gloomy marsh,
Located along the coast of Maryland.
Mothership Zeta - Challenge the hostile aliens and kidnap your way with
Air base of aliens in orbit above the Metropolitan wasteland.


!!! Thank you for your purchase! We will be glad if you become our regular customer

Left you a review of the acquisition of goods is very important for us !!! 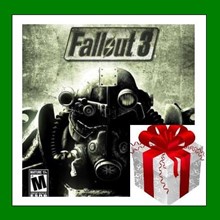 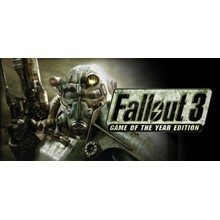 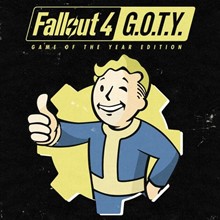 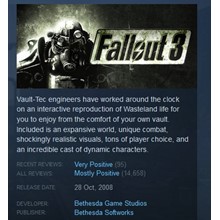 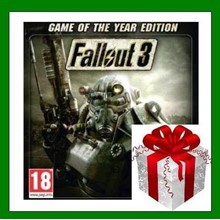