Having paid this product you will get a license key activation PHOTOS out of the box game "Pro Evolution Soccer 2015 (PES 2015)" to activate a "Steam", from the company "1C-SoftKlab."


Warning! The publisher reserves the right to change product specifications and release date without prior notice.


"Home team" - the motto of the game Pro Evolution Soccer 2015 aptly reflects the concept of the new season of the famous series of football simulators. Thanks to a whole range of innovations and improvements have concerned the management system, artificial intelligence, visual content and other aspects, PES 2015 allows you to plunge into the atmosphere of the excitement of the football match and feel serious passions that prevailed at the stadium.


• Easy, precise and fast control makes it easy to respond to any situation during the game.

• the development of artificial intelligence is able to adapt to what is happening on the field: virtual teammates always support the bystanders at the right time, freeing up room for maneuver or taking custody of the opponent.

• Each player is free to choose the tactics of how and when to move closer to his rival, to join the fight for the ball or hold it, allowing teammates to advance to the gates of the enemy.

• The individuality of each player is achieved through unmatched smoothness of the animation change, any movement of the virtual athlete is calculated in real time according to its position in relation to the ball, the speed of movement and the general situation on the field at the moment.

• Due to the abundance of unique animations and possible playing styles virtual athletes, which in PES 2015 more than a thousand, not only look just like the real thing, but exactly replicate the behavior of real players. Every adequately responds to what is happening and is able to show strong emotions in response to a goal scored, the referee´s decision or action failed teammates.

• Teams are on the virtual plane exactly how it would happen in reality, with the football stars are easily recognizable by proprietary techniques and style of play.

• The greatest players on the field can display an incredible personal skills, but a successful outcome of the match will depend on their ability to play as a team.

• Attacks or whether the team defends its game plan will automatically adapt to the style of the team of the prototype.

• Completely redesigned system of statistics to make the most complete and accurate database of players.

• For the first time in the history of the series in PES 2015 represented the second division teams from England, Spain, Italy and France, which significantly increases the opportunities for scouting.

• A new co-op mode Role Control allows three users to share among themselves the responsibility to protect, the midfield and the attack of the match.

• In PES 2015 several new licensed stadiums, and besides, the game returned to the editor with the widest choice of parameters, allowing an arena for every taste.


1. If it is not installed Steam client, download and install it http://store.steampowered.com/

2. Log in to your Steam account, or register a new one if you do not already have it.

3. Go to "Games" and then there is the "Activate via Steam» and enter the key purchased from us.


Thank you for choosing us!


All your purchased items can always be viewed by clicking on the link:


Every buyer we give a gift - guest key to Diablo 3. To do this, leave your positive feedback and send to our e-mail request, "I want a gift." Gift will send a return letter.


Every third buyer (in random order) we give random game for STEAM / ORIGINAL. To do this, leave your positive feedback and wait for a gift in the mail if you win.


The acts are not involved resellers! 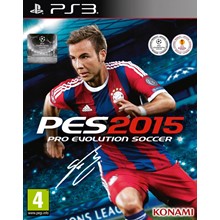 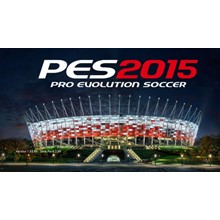 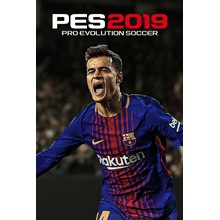 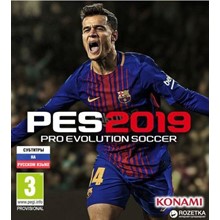 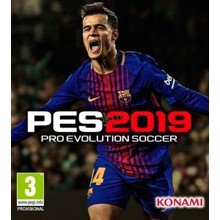