Every second buyer (in random order) of all our products leave positive feedback - receive one of the more than 40 different games to Steam. What? This you will find out when you receive your gift in the mail.
It can be activated in the "Steam".

For a gift you must:
1) Buy our game
2) Leave a positive feedback with a comment "I want a gift," and specify it in your E-mail
3) Expect.

Gift Newsletter is done within 48 hours after writing a comment.
Attention!! Gambling Review - You warrant that you have read all the conditions for a gift, and if something is not clear - ask.

ATTENTION! The key can not be activated on Steam and Origin.

Complete editions:
- Appearance of the characters: "Rice Blackwatch", "Commander Morrison," "Overgrown Bastion", "security chief Farrah" and "Tracer Pilot"
- Heroes of the Storm - Tracer
Once the Nexus with Tracer, you surprise your enemies with new tricks!
- World of Warcraft - baby Winston
Incredibly cute and precocious smart kid, Winston will accompany you in traveling around Azeroth.
- Hearthstone - Card Shirt
Feel free to go into battle in the Hearthstone new shirts for the cards in Overwatch style, worthy of a real hero!
- Diablo III - Angel wings
Lead a righteous war with the demons in the heavens and in the underworld, proudly carrying the angel wings. Every living soul in the Shrine becomes aware of your commitment Overwatch!
- StarCraft II - Exclusive portraits
With new portraits Tracer, Reaper, Terah, Winston, Bastion and Soldier-76 you can easily conquer the Koprulu sector.

Select an appropriate character from the set of scientists, soldiers, adventurers and eccentrics and just go into battle. Change the course of time, break the laws of physics, floats superpowers and futuristic weapons! Events this exciting team shooter takes place in the near future in iconic locations across the world.

GAME FEATURES:
- Soldiers. Scientists. Adventurers. Jackass. During the global crisis was created by the international Special Forces characters, designed to establish world peace. It was called ... Overwatch. Heroes failed in their task, and the world reigned consent for decades. A new era of research, inventions and scientific discoveries. However, over the years it has been to weaken the influence of Overwatch, and the unit was disbanded.
- The Overwatch you will find a lot of different characters: travel through time adventurer, armored soldier with a rocket-rock and even a robot enlightened monk. Each of them has a unique style of play, and to unleash their potential, you will need to use all of their abilities.
- Each character is contributing to the common cause - whether it be at the forefront of fighter, defender, harboring Allied energy shield, or support hero who makes his teammates more. Margin of victory - the efficient use of capacities of all the characters.
- Heroes Teams are fighting in different parts of the planet. Before you can be challenged to protect the mysterious Temple of Anubis and his secrets, but can - hold transmitter EMP safely through Kings Row. The whole world is for you - the battlefield.deliveryThis product is distributed through the digital distribution, represents the only pin and does not contain the packages and boxes. </ Delivery>


Do not miss hits, order from us))


Activation of the game:


1. Log in to your Battle.net account, or register a new one if you do not already have. (Https://eu.battle.net/account/)

2. Go to the activation (https://eu.battle.net/account/management/add-game.html) and in view of the key

We will be very grateful to positive reviews!

Thank you very much, your GameCode.


All of our products on the page https://gamesell.ru/gseller/145306 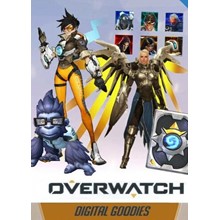 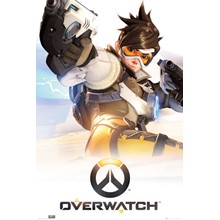 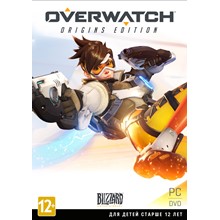 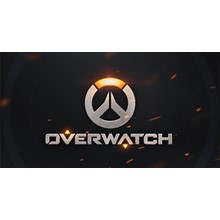 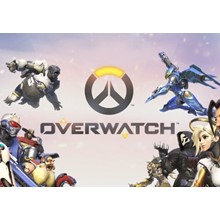 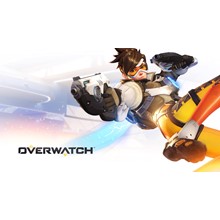