❗️ ❕ The game is working without disconnections on either Xbox One or Xbox Series X|S ❕ ❗️
You will recive full game:
🎮 DOOM Eternal Deluxe Edition
✅ Instant Delivery!
After payment you will immediately receive the data and detailed instructions!

✅ Safety Guarantee!
Only here you can be sure that the game was bought legally!
We guarantee that your Xbox and account will not receive a ban!

✅ Profitable!
You will share account with other customers. Thanks to this, the price is so low!deliveryDescription/deliveryOne person is all that stands between humanity and the greatest threat it’s ever faced. Relive the legend of Commander Shepard in the highly acclaimed Mass Effect trilogy with the Mass Effect™ Legendary Edition. Includes single-player base content and over 40 DLC from Mass Effect, Mass Effect 2, and Mass Effect 3 games, including promo weapons, armors, and packs – remastered and optimized for 4K Ultra HD.

Experience an amazingly rich and detailed universe where your decisions have profound consequences on the action and the outcome.

RELIVE THE CINEMATIC SAGA: Heart-pounding action meets gripping interactive storytelling where you decide how your unique story unfolds.
•Three Games – One Launcher: Play through the single-player base content and over 40 DLC from all three games, including promo weapons, armors, and packs.
•Remastered for a New Generation: Experience the trilogy in 4K Ultra HD with enhanced performance, visuals, and graphics, all available in HDR.
•Visual Improvements on All Three Games: Updates include enhanced models, shaders, FX, lighting, and depth of field plus full-resolution audio.

EXPERIENCE THE LEGEND OF SHEPARD: Create and customize your own character, from appearance and skills to a personalized arsenal then lead your elite recon squad across a galaxy in turmoil.
•New Shepard Customizations: With improved hair, makeup, eye color and skin tones you can create your Shepard in a unified character creator with all options available across the full trilogy, or choose to play as the iconic Femshep from Mass Effect 3 now available in all titles.
•Gameplay Enhancements for the First Mass Effect™ Game: Enjoy improved aiming and weapons balance, SFX, input/controls, squad behavior, cover behavior, and gameplay cameras.

REFLECT ON YOUR CHOICES: Your choices seamlessly travel from one game to the next. Each decision you make will control the outcome of every mission, every relationship, every battle – and even the fate of the galaxy itself.
•Performance Mode Options: Choose between "Favor Quality" for increased resolution or "Favor Framerate" to boost your FPS on consoles.

✅ Reviews and other products you can see here https://gamesell.ru/gseller/339010
*******
✅ After downloading the game you can play on your own profile.
*******
⚠️ You will have to launch the game by instuction! Internet connection is required!
⚠️ It is strictly forbidden to change any data on the account, install on more than one console, transfer account to third parties and playing on this account. Violation entails a denial of service without refund.
Security code is issued only once (if required)
⚠️ Additional content and online gaming may not be available on the shared profile
⚠️ When you update your console, Microsoft may change how you use account. Refunds are not provided if it is inconvenient for you to use a shared account. 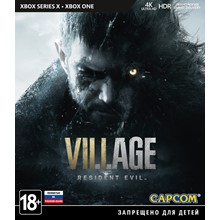